I have to admit I was getting a bit worried about what I was going to write about this week. I've been carrying on with my usual daily practices, calling Ker in, feeling Her energies start to change as we approach Beltane and tending the allotment, watching our apple trees budding with pink blossom. I have also been trying meditation journeys, which have been quite frustrating as I seem to 'stuck' and not really journeying any further, so I felt that there wasn't really anything inspiring or 'Goddessy' to share!


I've tried meditating at home and later on the allotment, but every time in my journey we (the maiden and myself) stop near some water, I can't see it but I can hear it bubbling over rocks, I know I need to cross it. I can hear people working in the fields, singing and laughing and animals lowing. It feels like I'm watching and waiting for something to happen, feeling frustrated and impatient I asked Ker for some inspiration. The following day, I realised that to me, this represented the change in energy to that of Goddess as the lover, like a young teen yearning to grow up and walking by some water might be what I needed to progress, so I enlisted my husband in thinking up watery places that we could visit this weekend.

The same day whilst at work, I ended up at St Dunstans Church in Cranbrook and was walking round the church with the parish clerk when I spied these beautiful wooden shields - in pride of place either side of the main door, not what you'd expect in a church! Originally they were roof bosses, covering the joins in the vaulting, there are 4 of them altogether and they are 13th/14th century.  We had a lovely conversation about Paganism and Christianity, pagan sabbats being 'hidden' by newer Christian festivals such as Yule becoming Christmas, lack of inspiring women saints and there being room for both beliefs, and no, the church didn't collapse around us!

This made me think about a conversation I'd had earlier this
year when we were looking for sacred sites connected to our respective Goddesses. I'd asked on a facebook group page called 'Holy Wells and Sacred Springs of Britain' and while there were none linked to Ker, there was one nearish to me that prior to being renamed as St Edith's Well in the 10th century, was originally a shrine dedicated to Robigus a roman God of corn and it was suggested that it predated that as a sacred site. A well/spring connected with a Corn deity would do for a start!

Further research that night suggested evidence of a lesser known roman Goddess  called Robigo who was connected with grain crops and their diseases or blights whereas the present day well is connected with healing. A festival known as Robigalia was held annually to protect the grain and the date - April 25th, the very day we were planning to go well searching! Definitely too good a connection to miss and definitely not just weird as I used to say before learning to trust my intuition!

So, a short road trip yesterday first to Otford near Sevenoaks to look the antique and collectors shops, where we also found the worlds largest scale model of the solar system,a millennium
project which is a series of markers spread out throughout the playing field and surrounding fields showing the positions of the sun and the planets. I love this photo I took of the sun marker, it has a silver dome that reflected the sky and inadvertently I'm forming the symbol of Goddess as I take the photo!

We got chatting to a lady who's late husband had come up with the original idea, another divine connection and she pointed us in the direction of the local heritage centre where the volunteer told us about another millennium project, a mosaic, part of which depicts corn or grain being harvested and
highlights it's worldwide importance, connecting me once again with my Goddess.


We drove to Kemsing, just 5 minutes away and easily found this beautifully kept well, in it's own peaceful garden, complete with a little stream running through the grounds. It's at the heart of the village and is one of the few wells in Kent that still has an annual dressing at harvest/Mabon. After reflecting peacefully, I washed my hands in the stream and offered up a prayer of thanks, asked for blessings for fruitfulness for our allotment and left my offering I'd taken - a small posy of blossom and buds from our garden. 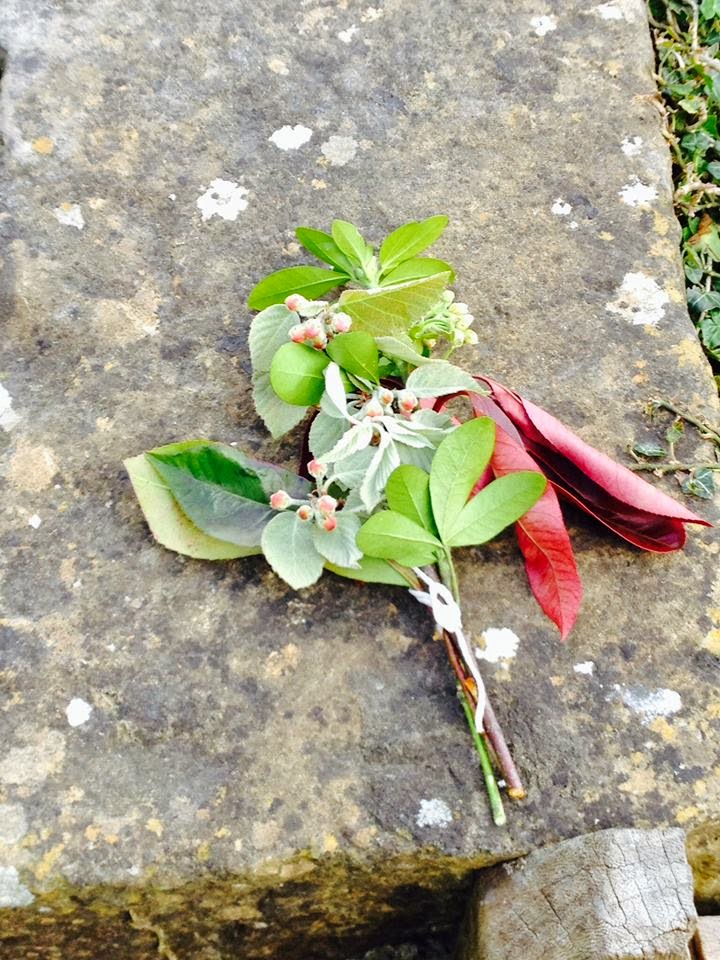 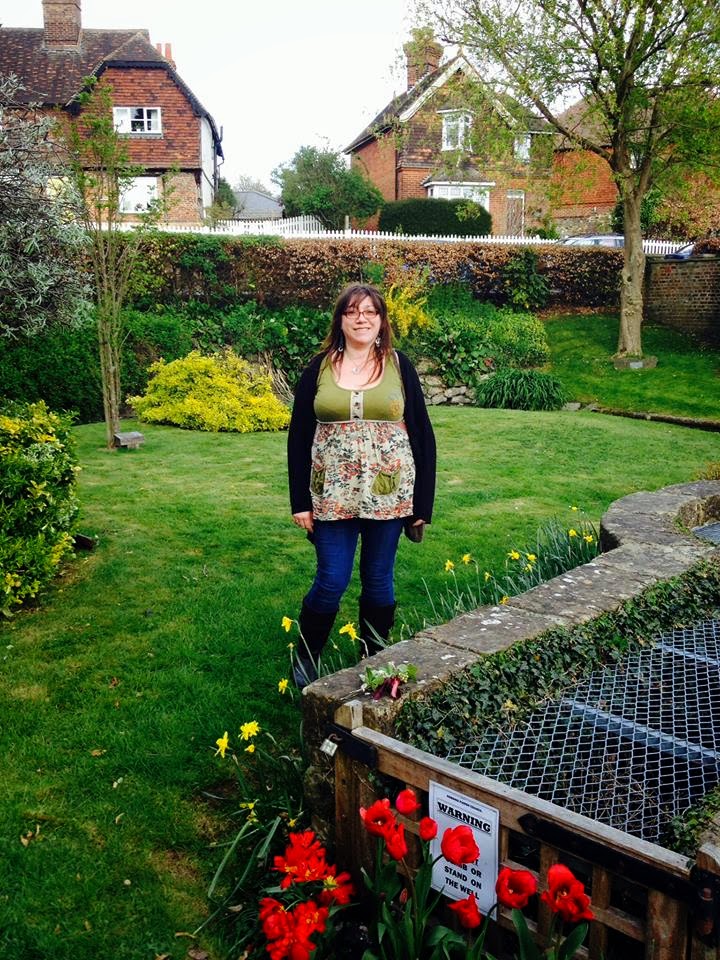 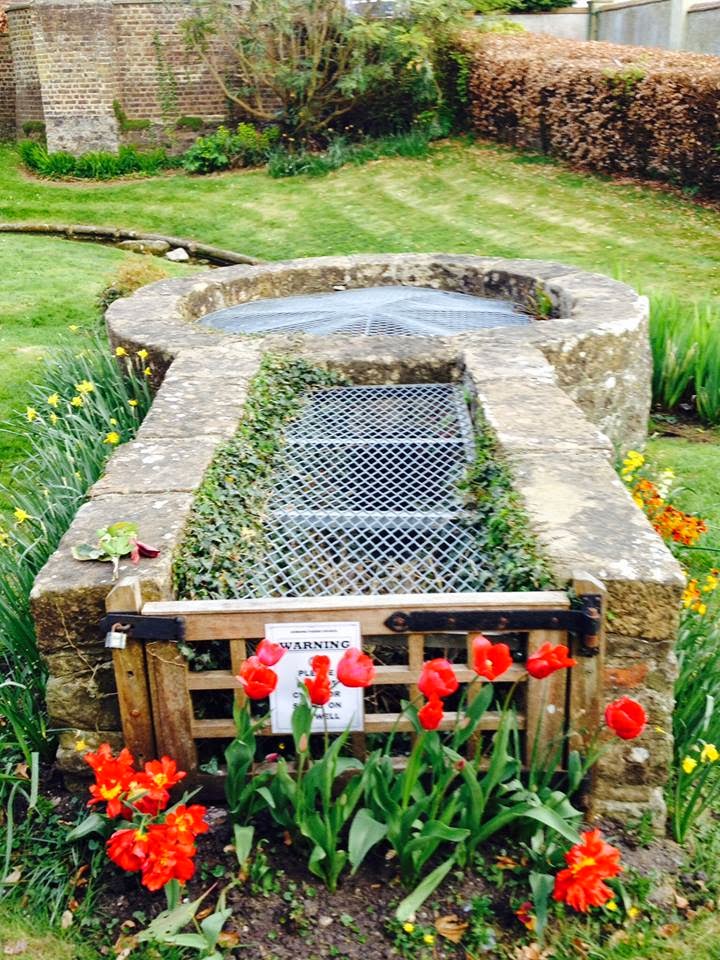 Wishing you all a very happy Beltane, I'm hoping to go to my first ever Beltane ceremony at Folkestone with a friend, which I am so looking forward to!