The Callieach, Bride and Angus - Og Or How The Battle Of Spring Was Won 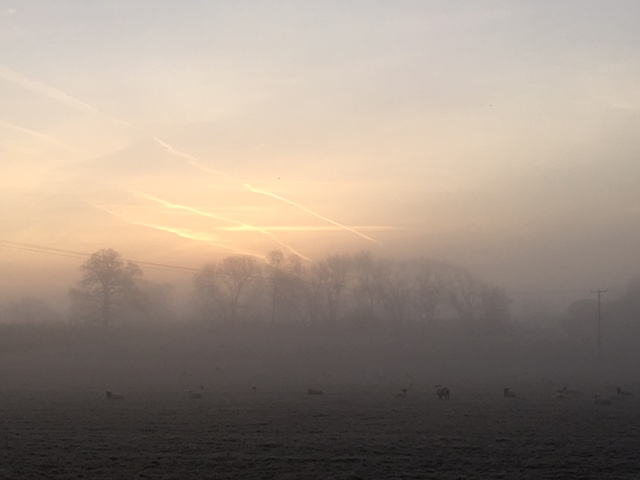 Blessed Imbolc  Everyone!
I learned about this Myth at the weekend and today felt inspired to sit and write this today, so look away now if you don't fancy an Epic Saga of a Poem !!

The Callieach, Bride and Angus- Og
Or How The Battle Of Spring Was Won

The ancient legends of long ago,
Tell of an icy realm of frost and snow.
Ruled by Callieach the Crone,
Hard and unyielding as a stone.

Each spring when warmer days should come,
She hid the land from rays of sun.
The earth stayed bare, no green would show
Frozen rivers barely dared to flow.

She roamed the frozen wastes of land,
Her fearsome staff in withered hand
And stamped out any sign of growth
With muttered ancient, cursing oath.

Crone kidnapped the beautiful Maiden, Bride
And although she tried to beg and plead
She kept her wretched as a slave
And hid her in her dark foul cave.

Each winter’s day she sent her forth
To dark icy waters in the north
Bride scrubbed and scrubbed to no avail
Her hands were frozen-cold and pale.

When Father Winter came a wandering
He stopped and listened to her sing
Enchanted and tender to her plight
He shook the fleece til purest white.

The grateful Maiden ran back home,
To show her captor, the heartless Crone
She picked some snow drops on the way
To celebrate the fateful day.

The Crone went wild, she shrieked with ire,
Whilst Bride possessed of new found fire
Claimed her right and left her prison
Just like a fiery phoenix risen.

Through greening lands he rode his horse
And found fair Bride amongst the gorse,
Proclaimed his love on bended knee
And kissed her under a Rowan Tree.

She cast a spell to call forth a gale
Of sleet and snow, of wind and hail.
The storm raged on for three more days
The land a bitter wintry haze.

She knew that if she crushed all new life down,
She still could wear her Wintry Crown
But if Angus married Bride the fair
She’d be banished back to her dark, dank lair

No sign of spring was left to show,
All life had vanished deep below.
At last the Crone thought she had won
She hadn’t counted on her son.

Now Angus Og was calm and wise
Had up his sleeve one last surprise,
He borrowed three days from summers end
And warm winds and sun began to send.

Whilst Crone slept her exhausted sleep of glee
The buds unfurled on every tree,
The grass grew green across the land
Flowers bloomed when touched by Bride’s own hand

Spring bursts forth, then Summer too
With Sunny days and skies of blue
Until the autumn chill draws near
And we know that Winter will appear.

The Callieach will stir and claim her throne
And take her place as Winter Crone.
Bringing with her darkness, bleak and cold
And so at last, my tale is told.